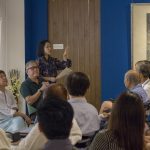 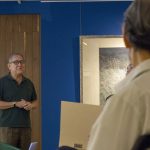 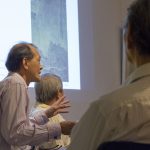 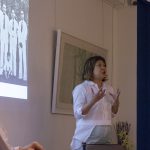 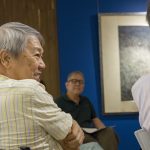 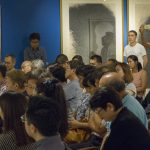 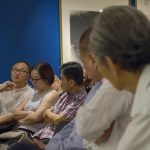 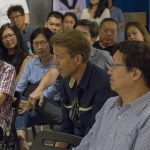 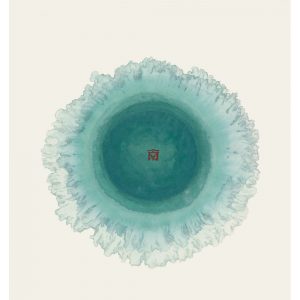 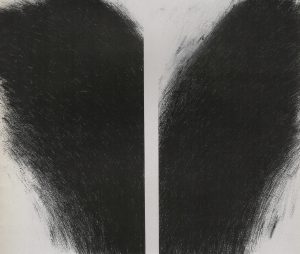 Chinese Contemporary Ink by Nan Qi and Hong Zhu An

The Culture Story presents two artists, Nan Qi (b. 1960) and Hong Zhu An (b. 1955), who are masters of ink in their own rights. Constantly challenging the boundaries of a medium of immemorial traditions and histories, Nan and Hong belong to a generation that straddles between the traditional form of Chinese art education and the influence from the Western styles of painting. Brought together in one exhibition, the works show two different trajectories contemporary ink practitioners take as they blur the line between the East and the West.

Well known for his ‘Halo dots’, Beijing-based artist Nan Qi has developed his own style of ink painting that many have described as “Post-Pop”, after the likes of Western artists such as Andy Warhol. His works are created on traditional Chinese calligraphy paper (xuan paper) with a mixture of using ink painting, ink stains, ink washing and ink colourimetric techniques, yet the skillful reproduction of the dots appear to be a digital pixelation of the image. The constant evolution of his technique continues to redefine the Chinese ink painting as a medium.  The Culture Story is delighted to be exhibiting a selection of his early dot series as well as iconic portraits of world leaders.

Juxtaposing the vivid colours of Nan Qi’s, The Culture Story is also showcasing never-seen-before works by Singapore-based Chinese painter Hong Zhu An (b. 1955). Trained under the famous Chinese art scholar Wang Zidou in Shanghai and having lived in Sydney before settling in Singapore, Hong is a master of both Western and Chinese forms of art. His works are a blend of East and West techniques as he combines Chinese calligraphy and painting, including “negative painting”. Hong has a profound love for the line and he understands its importance as a fundamental of Chinese artistic expression. Behind each art piece is a myriad of layers, each consisting of thousands of calligraphic strokes and colours.

Should one collect ink, what are the current trends and who are the rising stars? Join us for a conversation with ink collectors H.S. Chong and K.P. Lee, and art historians Teo Han Wue and Lee Chor Lin. More details on Facebook.